The inevitability of getting older 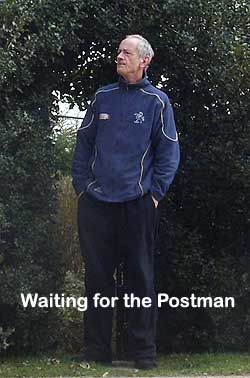 It’s my birthday today. It’s that day of the year when the figure on the right hand side of your age increases by one and you have to scroll further up the online registration for something or other to find your birth year.

It’s also a day when you get the inevitable comments such as ‘you’re as young as you feel’ and ‘well, we don’t get any younger do we’ which I guess are both contradictory to each other!
The problem with those two statements are that the first should have the word ‘young’ changed to ‘old’ and the second one just rubs it in even more!

Days were when the night before the birthday would be full of excitement for the feasting and partying which were to come and the day after would mean a hang over, but there comes a point when it’s just another day of struggling to get out of bed and scared to sit down for more than ten minutes because you know you’re going to find it extremely painful to get up again!

So you’ve probably got the message that I don’t like getting any older. I appreciate I’m only 62. If I had a proper job, I’d still have three more years to go – the thought frightens me!
Probably the biggest downer of my last year was at Dover Castle two weeks ago. Leo and myself did the War Tunnels Guided Tour. There were 30 people and at one point the Guide said we would now start going back up, walked straight over to me and in front of the 29 other people asked me out loud if I could do stairs OK. Oh dear!

But I do well, a man of two seasons; the Cricket Season and Winter. In the Cricket Season I have the sun on my back, work amongst young competitive people meeting lots of people and in the Winter plod through with oddjobbing mainly on my own.
Then, the two are linked by a wonderful family and indeed, the friends I have on the Website Forum. 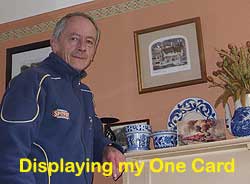 The self reliant lifestyle I have is a good life, but there are one or two things I’d rather appreciate nowadays…it would be nice not to have to saw wood, empty the grate, bring the coal in on a minus 2 degrees wet January evening, a switch on the wall would be a much easier option!
It would be nice not to mow almost half an acre of lawn on a day off from Cricket, but I suppose without these things the body would seize up even more!

I do well and have done well and if there’s a secret to having a good life, it’s having lots of things to do, but things you want to do and not what someone else wants you to do!

I often say that my ‘frugal’ and more basic lifestyle is merely copying what my Grandparents were back in the 1950’s. Maybe now I’m becoming a bit of a carbon copy, the only difference being that they’d wear their blazer, shirt and tie to do the gardening and I wear old Cricket Kit and Trainers!

So, the good news is that it’s only the figure on the right hand side of my age has gone up one and not the one on the left!

At least I have something in common with famous people and the Royal Family; we all have to go to the toilet and we all get a day older every day!