John O’Groats to Lands End – Fulfilment of a dream

I remember the Beatles releasing ‘When I’m 64’ quite well, I was 19 years old and gallivanting around West Kent without a care in the world.
Saying that, I recall having a discussion with a friend about where and what we would be when we’re 64. 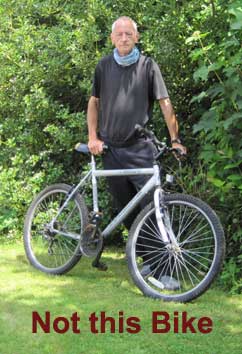 After assuming we’d actually get out of our teenage years and go on to what seemed at the time, an extortionate number of years to survive, we felt we’d be at the end of our working career, a couple of old has beens and with not much to do.
What we did decide upon was that we should do at least something special when we’re 64, just to show we could.

It had been one ambition of mine to visit Mt. Everest, not to climb it, but just to see it. That started on a Hospital Bed just after having my Tonsils out. It was a few days after the Coronation of Queen Elizabeth 2nd and news broke out about the amazing event.

As the years have rolled on, I missed my chance of that on a few occasions, opportunities came, but for silly reasons of thinking about taking time off, money etc. it never materialized. Now, I think to try that trek would probably not be the greatest challenge, but the last one!! Also of course, unless there’s a sudden windfall, it’s out the question.

The 1950’s and 1960’s were great times for ‘the first person to’, ‘the fastest journey to’ projects and challenges and this intrigued me, not to the first or the fastest, but to fulfil a challenge, a dream if you like and it was during this time there was much publicity about John O’Groats to Lands End; walking, cycling, backwards etc.

So, when I’m 64 in 2012, I have decided to make a bicycle ride from John O’Groats to Lands End.
Why that way? Well, there’s the psychological side of by going North to South, it seems like downhill (although both ways, you have 34,000 feet of ascents – but the same descents of course) and should I not feel like cycling back to Penzanze Railway Station to catch the train back home, my daughter may like to meet me and give bike and me a lift back to at least Southampton! 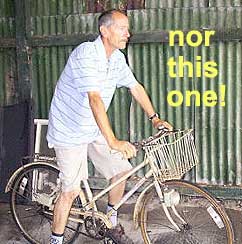 They do say that by starting off at John O’Groats, you have the harder cycling to start with, for some a disability, for others, getting it over with sooner!
Needless to say, I’m not going for the 13 day option. I intend to go at my own speed and if that takes 13 or 30 days, I don’t mind, in the words of the song ‘I’ll do it my way’!

I should say at this point that my original plan was to walk it, but 70 days is a bit of a chunk and there’s the cost involved as well! Well, I guess I could run it though!!!!

Planning and costing is going quite well. I’ve seen a Bicycle I want which is reduced from £499 to £340, I have a small very lightweight tent and sleeping bag from my various walking and mountain holidays, just a few other bits to get.

I don’t intend sleeping out every night, don’t think the back would take that too well. Where there’s a sensibly priced B&B at the end of a days travelling, I shall stay in that, if I’m worn out before one, I’ll camp.

I shall also take a day off once in a while. It seems a bit silly not to stop and see what will be some most picturesque and historic places in the Country and probably the only time I’ll get to see them.

So, watch this space, it will happen, because it has to. I’ve often said I don’t ever want to look back and say “I wish I had…..”. There are some things you can’t maybe ever have done, but this one is a positive!