The one thing which really came over to me on whilst on my John O’Groats to Lands End Cycle Ride was that there are so many retired and ‘more senior people’ getting on tgheir bikes and enjoying life to the full.

Our culture seems to be changing, maybe it’s modern medicine keeping us going longer than before and giving us extended youth or maybe it’s a throw back from the 60’s when many of us were teenagers at about the same time and the aftermath of that led to the ‘you’re never too old’ attitude. 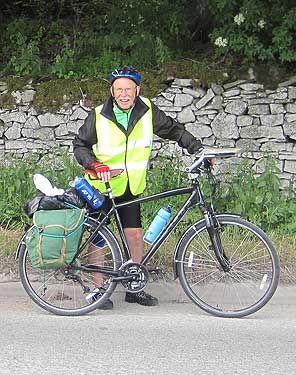 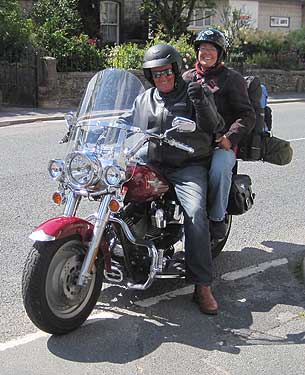 Certainly before I left for my trip I was slightly wary of my age and if the bones would get me there, but after even just a few miles I was seeing that the large majority of those riding around weren’t young race boys rushing up the A Roads to do it in 9 days, they were those of my age and above doing the Lanes, taking their time, but most of all enjoying themselves.

Many it seems had taken out various safeguards for their retirement. Some had come into a few bob in the bargain and some of those went straight out and either brought themselves a Camper Van or a Harley Davidson.
The trend it seems is just saying to your partner “What shall we do this week” and the reply comes back “Put the Camping Stuff on the back, hit the road and see where we end up”!!

As for the Cycling, fair enough, those of us who are retired can take our time and financially permitting up sticks and take our time doing a few routes or indeed, the End to End.

The vast majority of us have worked our lives, we’ve had Kids, raised them, probably spent a fortune on them and now find ourselves to be ourselves.

Getting on a bit is in some ways a wee bit scary, but as long as you have reasonable health and a bit of time, we can spend the Autumnal years enjoying ourselves, seeing the World and just let it go by!