I’m extremely proud to proclaim that, in my Grandchildren’s house anyway, I am now the undisputed World Champion Javelin and Discus Thrower.
Fair enough, it’s on X-Box, but a Champion is a Champion no matter what way you look at it! 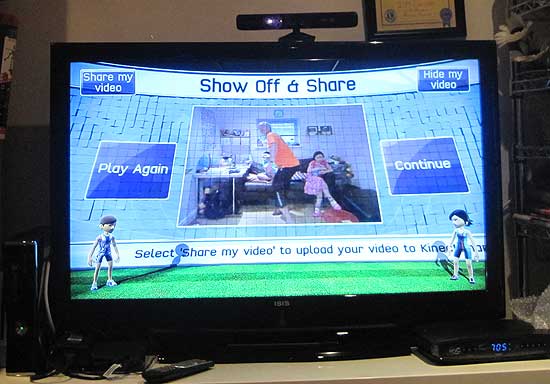 Also, I’m a pretty good handler of both Sonic Racing and Mario Karts on the WII as well, coming in a close second place to the vastly more experienced Grandson who plays it in his sleep as well.

So, the point is, there seems to be an assumpton that anyone over 40 or so, either can’t play PC and Console Games, or is simply no good at it. At 63, I reckon I’m pretty good and I bet there’s a few more like me scattered around the Globe.

Why is it that so many things are based or even manufactured on the basis they’re just going to be played by young people?
Are we over 60’s that way out of it, past it or whatever just not up to clicking and pushing buttons on a Remote etc?

This goes further still. Why is every Contestant on any reality Show young and being selected solely on they ‘wanna be a Celeb’ interview?
I believe a ‘Big Brother’ for seniors could have quite a pull audience. Maybe they think young people are all going to go ‘urrrgh’ if they see a Pensioner flirting with another one and any hope of any Seniors actually wanting to watch the Programme wouldn’t because they’d already drank their Horlicks and gone to Bed!

Fair enough, they do put the occasional more aged Contestant into the Jungle Programme, but that seems only for a laugh as they select the ‘seen as hasbeens’ from those who obviously wear a wig and have dentures.

The perception that anyone getting on in years can’t be good at some things younger people do and aren’t ‘good value’ seem to be way off the mark to me.
We may not be so good when we’re football on the Park and certainly couldn’t run a sub 10 second 100 meters, but there are many thing’s we could wipe the board with over the youngsters – even in many cases, Console Games and the like.

So, before you budding young TV Producers come up with some other new Series, think of us. We’re getting fed up with only being used for the ‘what it was like’ and ‘frugal advice for Gardeners’ tag.

All the time we’re young at heart, we’re up there with you and I challenge anyone to produce a programme in which the younger generation can see exactly what we get up to – including the flirting!!

Oh, by the way, I’ve not long completed Simpsons Hit and Run as well!