BBC2’s Springwatch this year has received quite a few complaints which have spread to the National Press about showing young birds being taken from their nests before fledging.
Blue Tits have been taken by a Jay, Woodpeckers by a Stoat and one video clip showed a Sparrowhawk taking a Swallow. 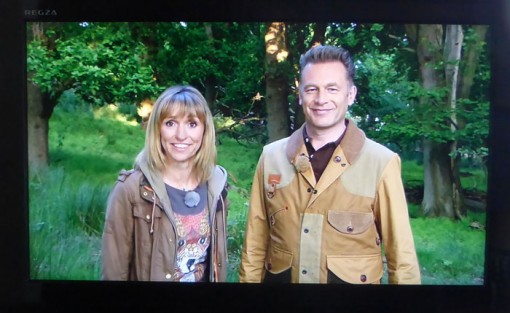 Remarks we’ve had around Social Media and the Press have included ‘it shouldn’t be shown before the watershed’, ‘my child was most upset’,’I can’t watch it anymore’ all in all, complaints about showing nature in it’s natural environment.

I’m in strong defence of how the programme is produced and how it is explained by it’s Presenters.

It seems there are many big ‘epic’ wildlife programmes from around the globe, glossed up in mega production, amazing photography and these are accepted. In fact these are, nine times out of ten, seen as being masterpieces of modern documentary where cost appears to have no maximums.
The latter could be of course they’re sold around the world!

What is the difference between a Jay taking a baby Blue Tit to a Lion taking an Antelope? Also, on the more Safari type documentaries we get the whole thing; the chase, the kill then close up shots of the rest of the Lion or Tiger family ripping the Antelope to pieces!
Maybe the difference is quite literally, 4,000 miles or so away from our own doorsteps.

There too few nature centred programmes on TV more relevant to our own Country. Money centred I’d guess, no one outside of the United Kingdom going to watch a TV doc. about Hedgehogs in urban English gardens, but a big Series about nature in foreign fields with their own Nations language will!

I’ve seen a Sparrowhawk swoop down and take a Fieldfare, the Fieldfare being red listed, but that’s how nature works, if we want one part of it we have to accept the whole of it.

Too often or not it’s like the Burl Ives song where the cat swallowed the bird to catch the Spider and so it goes on.

Personally I think this is the best Springwatch ever, we are getting ‘inside knowledge’ of nature more and more. I mean if Chris Packham can say “I’ve never seen that before” a few times, it has to be of benefit to future conservation of species etc.