To say ‘going to the Flicks’ has changed over the years is a bit of an understatement I guess, but to put records straight, this isn’t in any way detrimental to any Cinema Companies – you’re all doing a grand job for the people of this time and most important, giving people employment.

So, for the first time in 15 years, I went to the Cinema two days ago. First impression was that it was like going into a Shopping Centre, about 4 Outlets, preseumably franchised, over run with Customers.

The cost of it all has left me with some shock I have to admit. Fair enough it’s one of the new all singing and dancing IMAX Theatre’s with what seemed Octogonal surround sound, some of which seemed to come from under the seats and 3D curved widescreen.

The family of four ticket was Â£42.00. Add to that 3 Drinks, 22 individual candies and a packet of Peanuts came to Â£17.20, so approximately two and a half hours entertainment equals just about Â£60 !!

My experience of going to the Cinema about 200 years ago was firstly the musty carpet smell as you walked in, getting the tickets from the little Booth with the ever watchful Lady Assistant who glared at you if it were an ‘A’ movie and you were only 12.
After that walking up the steps to the Auditorium where another Lady with a torch would show you vacant seats etc.

First of all would be a few Advertising films, then trailers, then the infamous ‘B’ Movie which starred all those ‘almost made it’ Actors.
After a short Interval where you’d join the queue for your treat Ice Cream Tub, you’d settle down to the biggie, the one you’d really wanted to see since you heard about it on the School Playground.

The only bad part about the picture quality was the smoke from about 400 people sitting in front of you!

So now we go in, queue an eternity for food, usually sold in extremely noisy bags which are going to efficiently disturb those sitting in front of you, then go through the outer gate where some bloke dishes out the 3D Glasses from a Cardboard Box which I noticed those coming out had chucked them in, great for effective virus spreading! 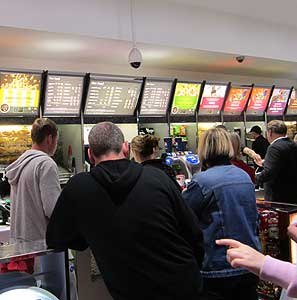 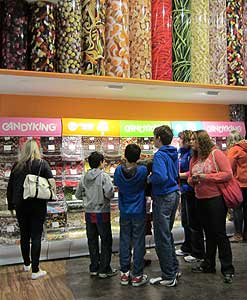 Then we are subjected to 25 minutes of advertising and trailers.
One thing which hasn’t changed are the Trailers. How often have we seen an amazingly funny trailer, gone to see the film only to find that the only really funny bits were those in the Trailer itself!!

The movie begins and to be fair, I think I was the only person in the Theatre who actually dozed off twice. Afterwards, the kids were happy, the parents were happy because the kids were (or too ashamed to say they really enjoyed a Movie aimed at 12 year olds).

For the modern man, this is a good afternoon out, so be it and I guess that if you compare it to going to watch a Premiership football match and paying Â£40 a seat for the privilege, it could be about right.

For me, I don’t go for the experience, I go for the film. If I don’t, it’s an expensive afternoon nap !