« Previous: Keeping Chickens – is it in decline?
Next:My frugal and free Chicken Coop »

Following dome pretty critical feedback from the first series in 2014 I have to say I was quite surprised about the programme returning for 2015, but it seems the BBC took on the moans and groans, made a few changes so here we are again.

The main change is that this series the Competitors are in the singular, the first series had couples. I would imagine that anyone entering as a couple this year would, after seeing the first series, choose one who can grow and one who can cook..
In that sense though, perhaps it should be called ‘Allotmenteer of the Year’.

It’s pleasing to see they are now including some useful tips from the experts. This will at least give some guidance to those who may have watched but not actually learnt a lot.

The other change is that the overall winner will be decided upon by the number of best in show awards.
A great idea but let’s hope that someone doesn’t win an overall majority before the series is only half finished.

For me it is a strange mixture, the main problem I have is that you can be a really good grower but a useless cook. Fair enough this may show in the Best in Show awards each week, but how many ‘normal’ Allotment Keepers actually go to the almost cordon bleu degree? 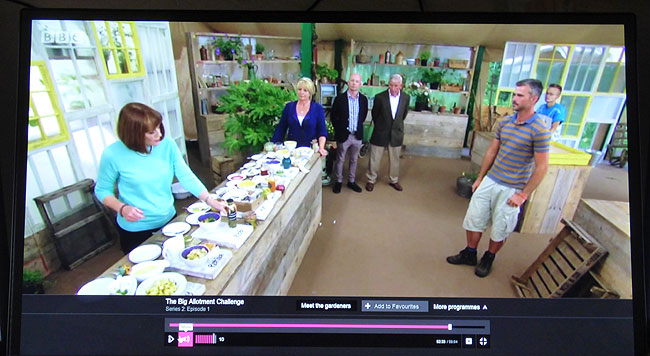 The above will probably give the Allotment Stalwarts much to shout about. I can imagine them sitting in their sofa saying no one on the programme knows what they’re talking about and ‘no one does it that way’ etc.
I have to say that my vegetable gardening method is a bit ‘chuck em in, they either grow or they don’t’, so any thing I may pick up from them is good!!

As for the new batch of competitors, once again and like many of these sorts of programmes, they are a pretty mixed bunch of people from their roots (not a pun, I mean ancestry), their careers and personalities.
This will make for good TV and I for one love to see the cultural variations and methods used.

The one big thing for me is that it’s filmed through Spring to late Summer so it’s a breath of fresh air to see the glories of gardening sitting in your chair on a cold, damp January and February day.
Plus of course, it will finish at just about the time we will be sowing seeds ourselves.

Let’s hope it’s an inspiration to some to start in the vegetable growing world and something will be learnt by the likes of myself!

‘The Big Allotment Challenge’ is on BBC2, Friday evenings. If you miss one, just go to BBC iPlayer.