The Credit Crunch and Ashford

« Previous: Banks – a change for the better
Next:An afternoon at Dover Castle »

Further to my mention of the Credit Crunch now being ‘officially over’ and it being announced that our national growth rate achieved the fine figure of 0.1% two weeks ago, I thought I would take special note of how this appears to be affecting the town folk of Ashford this morning. 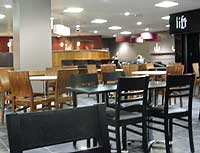 As we do once a week, my son Leo and myself met for a Breakfast down town. This as always was preceded with routing myself around four sets of road works and avoiding the Motorway as Operation Stack was in operation, probably due by someone ‘on the other side’ getting a ticking off from the Boss for being 2 minutes late into work.

The Car Park was indeed unusually busy, but one has to take into account that their owners may have simply abandoned them there six months ago.

I was a little early, so decided to have a stroll round the Shops. This takes twice the time it should because every other one has shut down due to going bankrupt.
It is indeed a sad and serious sight to see this. There are many people who invest in Retail and all too often events overtake them and closing down is their only option. It’s great to shop out of town; you can park free and easy, there is a nice feeling of space inside them and usually they are big name Stores who can afford to out do anyone elses prices in town.
Convenience and speed is great, but it is als saying a sad farewell to town centre shopping and when that goes, so does a lot of our heritage along with it. 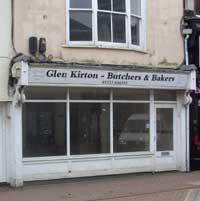 Anyway, back to the Credit Crunch. I regret to say that everything just seemed about the same as it did a fortnight ago. There were no mass queues at the Tills, it was hard to see any Sales Assistants in the Department Stores because they’re all running on absolute skeleton staff and a Security Man. There was a sense of everyone being at home pondering as to how they were going to pay the Credit Card Bill after all their bizarre Christmas Shopping in the vain hope that all problems would go away if you had at least one good day out of the 365 in 2009.

In some respects, I have avoided the Credit Crunch in a direct way. Being self-reliant, most of my gains and losses are entirely down to me and not a senior Bank Manager somewhere in a high rise City of London Office.
If I go down, it’s my fault and I can’t blame anyone. It’s sheer neglect if I’d rather sit at home doing nothing than going out and up the work I could have to do.

I genuinely feel completely saddened by all those who have been affected, the redundancies and how that in turn has affected family life.
Maybe now is the time that we need to look frugality in the face and return to more our Grandparents or Great Parents who lived with frugality as everyday life.

They were self reliant, they had to be. It’s only really since we’ve had money made available to us so easily that things have gone down so bad. There are too many people saying ‘if only I hadn’t’ and I was indeed one of those – and still paying it off to this day.

We had our Breakfast, 10am, peak time, the number of people in the Restaurant (photo) speaks for itself really.