I first saw Jesus Christ Superstar on the stage at the Palace Theatre in London in 1972, in fact I saw it four times during the following few years so it was with great awareness when I took my son and his girlfriend to watch the new adaptation for the Arena at the O2. 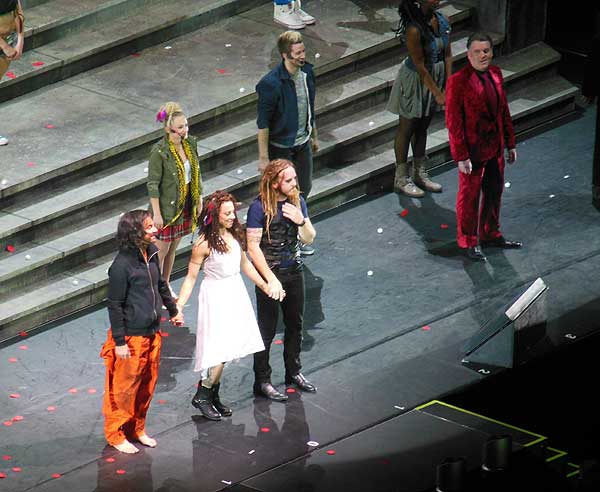 It’s one of those things where you saw it ‘new’, you remember it through the eyes of a 24 year old when London was ‘swinging’ and there hadn’t been much to compare it with. I loved the Show at that time, it was loud, well performed and portrayed the story in a modern, controversial to some, manner.

The other thing which worried me was that the ‘Star’ was chosen in a TV Talent Show; would he live up to expectation, could he take the high notes in an Arena with 16,000 people watching, would his nerves hold out. His name of course in Ben Forster.

So, we sat down, rather a long way from the Stage I should add, and awaited the Overture. I needn’t have worried, the uitar came in and the reverberating bass went through your seat exactly the same as it sis back in 1972. 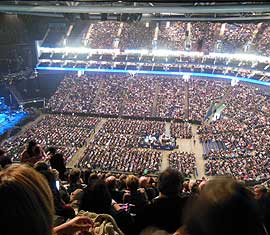 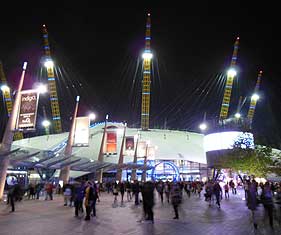 The Show progressed, Ben Forster accompanied by the very talented and well cast Tim Minchin playing Judas ripped through the songs with meaning and clarity. MelC played a good part as Mary and showed she can sing solo without the support of her Spice Girls.
Chris Moyles played the comical role of King Herod well and the supporting cast all blended in making it a very good musical with song arrangements kept to their original roots.
I have to say quite honestly that Forster’s rendition of ‘Gethsemane’ is the best version I have heard to date.

The only downer of these Arena performances is that if you can’t afford a lot, you’re never going to get a live view and have to rely on the screens above the stage, even then if you had a hih seat, the view was very limited.

All in all I totally enjoyed it but do hope that one day Andrew Lloyd Webber will take it back to the Stage where people can see it in it’s original surroundings and maybe feel more a part of it.
Webber himself will go down in the history books as one of the great Musical Composers of the 20th and early 21st Century; I’m sure in another 50 years he will be the centre of a ‘Lord Webber Night’ at the Last Night of the Proms.
His Shows will live on and on and hopefully more, like Starlight Express, will come back to the Stage, good innocent family Shows and full of songs you tend to whistle to at the most unusual times!