Keeping Chickens – is it in decline?

Up until around 2012 keeping chickens in your back garden was the height of fashion for want of a better phrase.
Not a weekend went by when it wasn’t featured in a National Newspaper with well known personalities speaking about their adventure into the simple life. 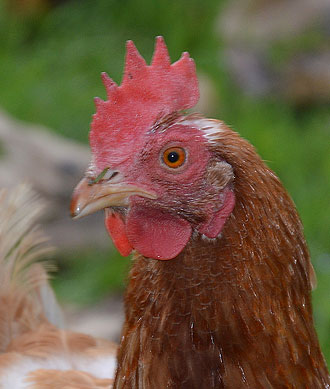 It was probably started by the first series of River Cottage in which Hugh Fearnley Whittingstall took us through
his path to more self-sufficiency and sustainable living. Good for him.
This then saw the Cookery programmes joining in where the Chef would be filmed in his or her own own often venturing out into the garden for vegetables and a few fresh eggs.
To be fair, the latter still happens.

Also of course, linked to this was the outcry and public awareness of Battery farming and this in turn led to many people giving home to these poor often neglected Hens who had spent one year caged up for commercial reasons only to be given the chop at the end of it for cheap Pies and Pet Food

As time as gone on though, the TV Channels have switched more and more to property development, design and renovation.
Auction programmes also increased ranging from Flog It where you see the more ‘normal people’ selling their Â£50 items up to the stalwart of the Antiques Roadshow watched by those who may to their joy realise they have one of those Â£15,000 items up in the Loft.

The Simpler Life has held it’s own quite well; we’ve had the occasional Vegetable Gardening programme and much on frugality and self sustainable lifestyle.

So one has to ask, was the Chicken Keeping a fashion with those more in urban situations with little or no garden?
There certainly seems many more second hand Coops on ebay and other online sales sites.

If that is happening, one has to see their point. The once green lush lawn had soon become a bit of a mud slide, they may have attracted more Rats (well, actually seen the Rats which were probably already there), maybe a few nasty experiences with Foxes or their Dogs.

On this web site I have noticed a decrease in visitors to the Chicken pages and upon checking my Breeders List web sites on a regular basis have found their Sites have been closed down (they could have told me!!).

There is no shame if one is in the position of finding out that plodding up the garden at 7am to feed them and once a week shovelling out the poo, more so in Winter.

Perhaps ‘the fashion’ is wearing off then so be it. Maybe there’s a good side to that, those who like it will continue to do so and those who don’t are at least being honest and not allowing the Chickens to become, not neglected but unwanted Pets.

Good news is there are still those starting out joining and discussing in the Down the Lane Forum and looking around, we are one of the busiest.