What’s that in old Money?

« Previous: Too hot, too cold, too wet, too dry!
Next:Jesus Christ Superstar Revisited »

“What’s that in old Money?”. Many young people may wonder what on earth some of us more senior people are talking about!

Well, the problem is that over the years everything has gone metric, but it hasn’t altogether! 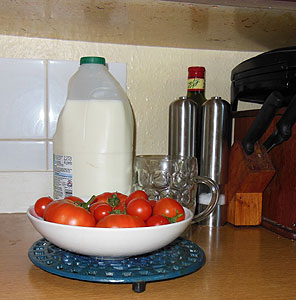 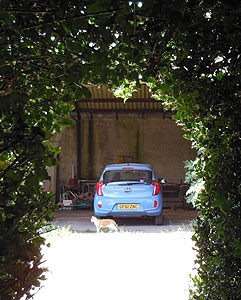 We buy Petrol in Litres yet every Car Manufacturer still sell their vehicles with miles per gallon stats. Now that’s all very well and good, but how many of us know how many miles our car is actually doing to the gallon, sure I don’t! I know that when I fill my car up it goes around 270 miles before I have to fill it up again, but how many gallons it’s used in that time, don’t know!
Then of course – how much is a gallon of Petrol and how much of it have I put in my Car.
There must be quite a few young people proudly boasting their Car does 56 miles to the gallon without having a clue what a Gallon looks like!

Then there’s the pints v litres issue, a pint is one eigth of a gallon (one eigth being 0.125) and a pint is equal to 0.568261 litres – simple! So when some young bright spark comes back from some Euro holiday and says he drunk six pints one night, did he mean 6 litres which would be 10.5585 pints or six half litres at 5.27926 pints. I can’t seriously see some bloke working it out after over 10 litres !
So why haven’t the Public Houses changed to litres, they have pint and half pint glasses.

So the saying “What’s that in old money” relates to the United Kingdom pre decimalisation day when everything was pounds (Â£ not weight), shillings and pence). Up until 15th. February 1971, that’s how it worked.
In that to be fair, it’s probably the best and simplest of the conversions we’ve done. 5 new pence was 1 shilling = 12 old pence and 10 new pence was 2 shillings = 24 old pence, so Â£1 had 240 old pence in it therefore for example Â£1.75p of new money is equal to Â£1/15s/0p of old.

The expression though went into the English language for anything in Metric which we don’t understand. The fact we don’t understand metric and don’t walk around with pocket calculators is another matter altogether. Oops sorry, we don’t have pocket calculators anymore do we, they’re all in our Mobile Phones, which is much easier if you know how to find it amongst the 68 already loaded apps of course.

Were we really this thick ?…..

I shall put us all out of our misery now and calculate what my Car costs to run. The Manufacturer states I should be getting around 60mpg.

3 Comments on “What’s that in old Money?”

I can’t be bothered either