« Previous: Hedgehogs and Fence Panels
Next:Wildlife – A matter of Life and Death »

This is not having a go necessarily at people who live in houses, it is an observation of how modern technology and our material needs have gone faster than our Infrastructure can take.

Walking down a once leafy Street full of nice houses with little front flower gardens and a tree was pleasant, it was a sight we and the rest of the World as something quaintly British became accustomed to, but all a sudden things changed. 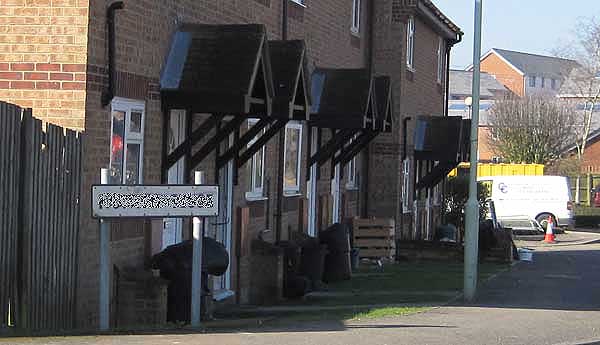 It started in the 1950’s when more and more homes were just about affording a Television Set, something which at the time took many away from the hardships and memories of Conflict.
Slowly but surely, Chimneys were being used to strap huge ‘H’ shaped aerials, a scene well displayed from early Coronation Street opening titles. It was like some metal plants were growing and attaching themselves to peoples homes.

For quite a while this seemed to remain much the same, the ‘H’ Aerials were slowly replaced with longer flatter types all pointing in the direction of the nearest Transmitter. But I guess we got used to it.

Then, all of a sudden, everything changed and we became a nation of consumers with a need to have the best, the latest and din’t want to travel around on Buses if we could afford it. Credit Card and Credit Facilities sprung up everywhere and within a space of a few years, some had their first car and others were getting their second.

The consumer society also brought about Supermarkets with fresh foods and other items being wrapped in those confounded moulded plastic containers which take up more and more space in the Rubbish Bins.

So, what have we now of our pleasant suburban Street? 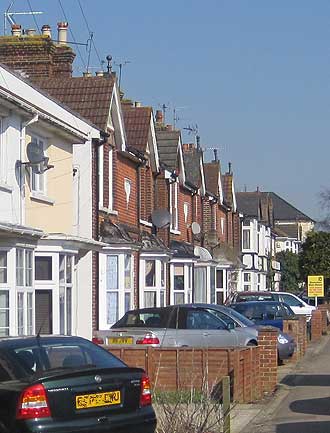 The Roofs and Walls

These are now haunted with Satelitte Dishes. On one side of the Street they’re street side and the other side of the Street, they’re garden side.
To add more pain to the eyesore, it seems that when someone goes over to Satelittwe, they still want to keep the old Aerial up on the Chimney. To be fair, so many years have passed since they were installed, they’re probably holding the chimney up anyway!

The Fronts of our Houses

Gone are the good old Metal Dustbins, but so have the Councils who employ Waste Disposal people to actually empty that sort of Bin, so we’re littered at least one day a week with huge Plastic Bins in assorted Colours, slowly building up a rather unpleasant odour, being parked along the Street, all too often on the Pavement where with a good gust of wind, Number 38’s will end up outside Number110’s!

You see some pretty good Business ventures proposed on the Dragons Den, but as yet, they’re about spped and cleanliness rather than actual appearance – surely someone wants to make a million or two with a decent idea? !

The we have the once flower bedded garden now smothered with either Shingle, Concrete, or nothing at all to enable us to park our Cars. Again I say, this is not the fault of the House Owner as such, it’s that most Streets only allow parking on one side of the road and that leaves ‘the other side’ with no where to park because they’d be blocking off someone’s newly acquired entrance!

The worse thing of all is that, without a severe Financial disaster meaning we have to sell about half the cars in the country, it’s here to stay and not much can be done about it.

New Houses can of course cater for these annoyances, but even then (see the example at top of page) some don’t in the addiction of making things as quick and as cheaply as possible.

Next time we walk down a Street, see the cars parked tight against the front of a house, with the longer cars slightly protuding on to the pavement between four Waste Bins and being overlooked by all and sundries TV Aerials and Dishes, think – maybe you have an answer and become a Millionaire through it.

Those two images show some of the reasons we moved to Germany: Suburbia in the UK is seriously ugly in places…

Hey Richard, well that is exactly why we opted to live in a village. It is close enough ( 38 minutes brisk walk into town/beach), like 6 minutes by car and about 20 by bus, but rural enough so i can look out onto fields.
When i look at your photos the song “Little boxes ” spring to mind…

btw.. I love your website, have to ..err downsize at the moment and looked on the net for tips and inspiration! Keep up the good work ð and let us all know about it