Frugal is not tight !

I watched last Friday’s Channel 4 Production, ‘The hunt for Britain’s tightest person’ with interest. In fact, I watched it with greater interest because Down the Lane’s Forum Member and Moderator Ilona Richards was featured as one of the four ‘Contestants’.

To be fair on the Programme, it did say ‘tightest’, so maybe the tightest person did win it. But had the word been changed to ‘Frugal’, Ilona would have no doubt coasted home the winner.

To be tight in my book is to be mean, it indicates a person who can afford something, but doesn’t want to part with any cash in the process, a fine example of ‘tight’ would be old Scrooge himself. On the contrary, a frugal person can be (and usually is) the most generous type who would help anyone out in any way they could. 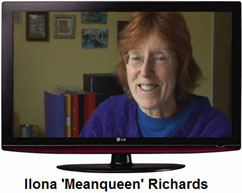 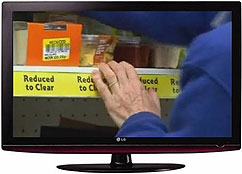 An example of this is someone I know who is very short of a penny. He sent a Nephew Â£20 as a Wedding Present and on the note stated that the rest of the family may be giving him Â£100 each, but they were worth thousands, where he had nothing – who gave the most etc. A bit naughty maybe, but true.

What we saw in Ilona Richards case was a person of thrift, someone who was certainly chasing a bargain, but someone who genuinely needed to and was saving good food being thrown away in the process. But the main and essential thing we saw was someone who was enjoying her life as much as possible under her circumstances. Sure Ilona would probably like not to have to do the shopping at 8pm, not have the Heating switched off and spoil herself with a good spend down at the Clothes shop followed by a Coffee in Starbrucks, but when needs be, she showed the perfect way of handling it.

So we saw Ilona shopping for marked down food on it’s sell by date, having a strip wash to save turning on the Boiler, her cupboard full of Toilet Rolls and her array of Mens Underwear which she claims are cheaper than Women’s!
What it did not show was her Vegetable Garden which she maintains through the Spring, Summer and Autumn month’s bringing about self reliance and self dependence.

Maybe all that is what Frugal is. Sometimes Frugality is forced upon us, in other cases it’s through a decision to live a simpler life avoiding the stress’s and strains of the nine to five existance and for some it’s cutting down on one thing to afford another.

At heart I think most of us are frugal, especially those maybe over the age of about 55 who were raised in post war years, saw the end of the Ration Books, didn’t have a Fridge or a TV and watched their Parents and Grandparents sharing out their home grown vegetables amongst each other.

Where you see your own frugality is much up to you really. In this new era of Credit Crunch, many people are going to have to be frugal with no choice, but if are put into that situation, enjoy it, make it a challenge, the rewards will be great and the experience will last beyond your recovery.

Ilona did frugality proud. Being Frugal is better than being mean !

Ilona Richards has not long started a Blog ‘Life after Money’ which can be found by clicking here. If you’re in the Lincolnshire area, she’s always up for giving talks on the subject.

Read Meanqueens posts in the Down the Lane Forum

See also ‘What is the Simple Life’, an article written by Ilona for Down the Lane in December 2015.

Do you need to possess a strong B in computer science to run a blog similar to this?