Banks – a change for the better

Two years ago, I went with my begging bowl in hand to my local Bank. I was stuck in that situation of just going under about four times, but during those four times had Direct Debits paid and paid an arm and a leg for it. 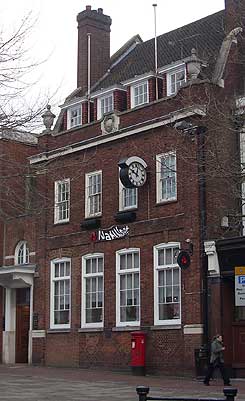 Twice I had a good sum of money go in which just took me over to the green side and no sooner had the Bank Computer seen this, took it straight out and more to spare !

I went in and spoke to two people. Oh no, they were nice enough but ‘following orders’, they couldn’t do a thing to help me, so tough! Eventually I got out of it and for nearly two years since, everything’s gone quite well, until about a Month ago. Someone forgot to sign a cheque and went abroad for three weeks and a payment which was due proved to be less than I’d hoped.

So, last Monday, I logged into my Account online, had a look and horror of horrors, I had Â£6 in there and knew a payment would be going out the next day. I hardly slept that night, I’d worked hard to keep myself afloat and dreaded the thought of a return to old.
I decided the best way forward was to get up and shoot down to the Bank first thing and hope they’d understand.

Because I was a long time going to sleep, I was awoken by the phone ringing, it was about 9.45am. “Hi” came the voice, “I’m Mel from the Bank” – OMG I thought, “Mr. Cannon, I’ve just logged in here and an alert has shown for your Account, I see that you have a Direct Debit going through today, so in the interim, I have authorized an Overdraft of Â£XXX”.

After I clambered my way off the floor, I thanked her and explained the situation and it should be only temporary.

I did go to the Bank anyway that morning, to say ‘Thank you’. Credit where credit is due.

I feel sorry for the Bank Staff, was the recession their fault, no, it was those high above who played with our money and we paid the price whilst they retired on their mega pensions. The Staff were cut back, they should have been made to sit in the nearest Branch to their home and explain themselves. 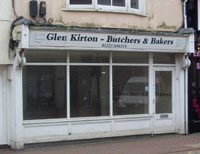 It’s nice nowadays. You go in there and there’s usually someone standing around helping people use the new Machinery they seem to implement every other week. I don’t have a problem paying for Customer Service. After all, it’s only in the last year, I’ve actually been able to put a face to a name rather than speak to a robotic sounding person who probably lives 500 miles away, or further.

Well done, the Bank which rhymes with Cat Vest, you’ve done well for me. I had to wait a long time, but it was worth it.
Listen up, it’s the Local Ground Staff who will bring Banking back to trust from the Public, they’re the one’s who deserve the praise..

The Rich / Poor gap gets bigger.

I can say with pride I’m in the latter part of this. If it weren’t for people like me, the rich would be a lot poorer than they are.

The Recession is Over

In fact, this was announced just before I went to the Bank this week. I was expecting the Shops and Restaurants to be packed in celebration of this huge event.
To be fair, I did see at least 15 people walking round M & S, compared to the usual 12 on a Tuesday morning.
They say we, the Public, won’t see any visible differences for at least another six month’s. I can’t wait, can you !
.